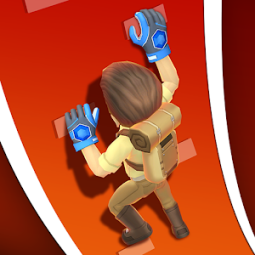 Try to reach the highest point possible by matching the rhythm and climbing.
A sports casual game that can be enjoyed by anyone thanks to simple controls
Play a round of Speed Climbing, an official Olympic sport, with various cute characters
Climbing Stars is a game with simple controls that anyone can enjoy anywhere, any time
Unlock various characters and accessories by playing and earning Trophies

■ A Speed Climbing game based on the Olympic sport
.10 different areas and 100 different stages available
.Try to earn a gold medal by quickly climbing all the stages.

■ Infinite Climbing Mode
.See what the limits of your two fingers are
.Reach the highest point in the 10 areas and reach the stage of gods.

■ Online Climbing Battle Mode
.A showdown against other players
Experience a speedy gameplay through simple taps and no unnecessary movements