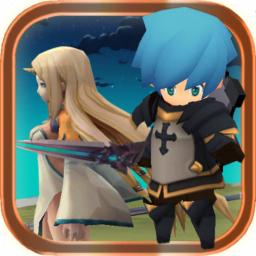 He was killed by a vicious demon.

Ten years later, he was reincarnated as a "hero" by the power of a goddess.

Ten years later, he is reincarnated as a "hero" by the power of the goddess, and is given the mission of a hero.

In order to control the demon disasters in various places, the hero sets out on an adventure.

Commands are always displayed and
When you select a command,
the selected command will be executed in real time!

Combat is done manually.
Approach the enemy and tap to swing your sword and attack.
You can attack by tapping in succession!

You can gain experience by defeating enemies.
The more experience you accumulate,the higher your level will be and the more your character's abilities will increase.

In each area, there are "magic tools" hidden.
You can get them for special effects.

You can purchase skins from the Goddess by spending gold.
There is no change to your abilities, but you can change your appearance.
Customize your character with the skin of your choice!