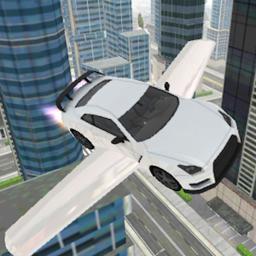 Like to drive fast down city streets? Fly high in an airplane? Look no further and get straight into the fun that is the flying car!

Get in the driver seat of the specially modified sports car, do amazing stunts and drifts in the city city streets or offroad or activate airplane flight mode and turn your fast sports car into a unique flying car!! In an instance you went from a top car driving expert to a professional airplane pilot!

Flying Car Simulator 3D is made for all of you flight and driving simulation game fans, with all the best parts in one game!