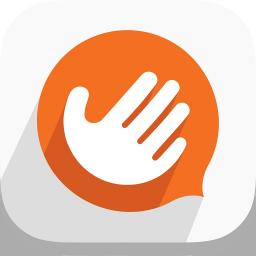 Led by a friendly 3D interpreter, or Hugo, the Hand Talk app automatically translates text and voice into the Brazilian Sign Language (Libras).

It is in this panorama that the Hand Talk App emerges, a pocket translator that is used as a translation resource for Libras, strengthening ties between deafs and hearers. The application relies on Hugo, who in addition to translating content into the Sign language, is also present in an educational session called Hugo Ensina, with a series of videos that teach children and adults, expressions and signs in Libras.

Much more than a translator, Hugo is bringing people together using technology and communication, being used in different environments, such as:

• In classrooms, by teachers, students and interpreters, as a complementary communication resource;
• At home, between parents and children;
• For students of Libras, who want to improve their vocabulary with the help of Hugo.