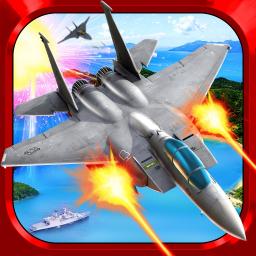 Prepare yourself for the fastest and most deadly aerial combat on the App Store!

You'll be assigned as a pilot of elite United Nations air force squadron. After a short weapons and manoeuvring training, you're going straight into the battle. Patrol the skies and eliminate enemy airplanes, tanks, ships and many more, before they breach the safety zone.

At your disposal you'll get a state of the art fighter aircraft, equipped with savage machine gun and lethal air missiles. Complete your missions with 3 stars and progress to the next levels.

Engage your enemies into intense dogfights, protect your country and become a true flying ace!