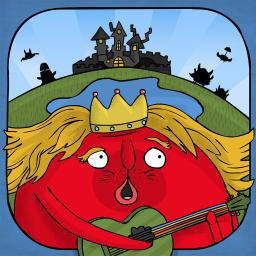 The Land of Venn - Geometric Defense

** USA Today Math Game of the year 2014 **
** "This clever game makes using math fun by having kids draw geometric shapes to rid the Land of Venn of monsters" ** - techwithkids.com
** "Kids probably won't realize just how much they are learning about geometry as they tap, drag, and draw shapes to defeat the monsters and win the game." ** - commonsensemedia.org
** "hands down our favorite educational game of 2014" ** - fourlittletesters.com
** "stands out in a packed Maths app marketplace. 5/5" ** - ipadeducators.com
** "This game has the same lure as Plants vs Zombies, one of our favorite tower defense games. In both games you are defending your territory while taking on amusing opponents who get wilier the longer you play. And in both games, your weapons increase in power to match your more challenging opponents. As in Plants vs Zombies, players will feel the same "bring it on" attitude at the beginning of each level." ** - techwithkids.com

** Learning is seamlessly integrated with gameplay
** Challenging geometric defense battles
** Geometric shapes are your tools of defense
** Earn Victory points and buy from 16 Spells upgrades at the Wizard Wall - Bird of Eternity, Meteors, Sulfur, Firetrucks, Storms and more.
** 12 Magic Abilities to master, from the Point of fire and Straight line of hope to The Frozen Triangle and the Trapezoid of Doom.
** Fight 15 different monsters (we call them Bookkenriders) that will test your strength by flying, driving, crawling, jumping and more
** Epic boss fights!