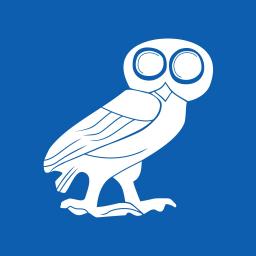 One of the challenges of studying Ancient Greek is to memorise its unfamiliar vocabulary, and the many forms each word can take. The most reliable way to learn this material is by constant practice, which is where Liberation Philology Ancient Greek can help.

Wherever you have your phone and a free moment, Liberation Philology Ancient Greek is ready to drill you on Ancient Greek vocabulary and grammar with a continuous multiple-choice test. Your answers are immediately confirmed or corrected, and reinforced through repetition.

• Vocabulary: 110 levels, each testing the translation of 10 words between English and Ancient Greek. Additional sections contain 220 levels of Homeric, 210 levels of New Testament vocabulary, and 110 levels based on Plato’s Apology. Interspersed among these are cumulative levels reviewing what has been learned earlier (giving a total of 733 levels).

• Nouns: Tests your ability to parse and decline all classes of Ancient Greek nouns.

• Verbs: Tests your ability to parse and conjugate a range of paradigmatic Ancient Greek verbs.

A further Reference module allows you to review the vocabulary word-list and paradigms. Beginning students also have the option of displaying Greek text in transliteration.