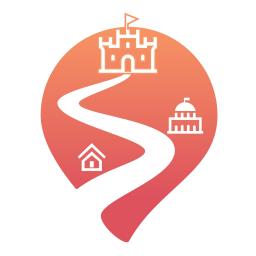 Questo is the award-winning platform for city exploration games which lead you to discover new places and stories while interacting with your environment.

You can play city exploration games in some of the most popular cities around the world, such as: London, New York, Paris, Rome, Berlin, Vienna, Tokyo, Sydney, Los Angeles, Bangkok, Toronto, Munich, Athens, Mexico City, Porto, Singapore, Seoul, Barcelona, San Francisco, Dubai, and many others.

Questo invites you to explore cities by solving fun challenges and clues in your immediate surroundings, this way discovering popular and hidden attractions together with fascinating fun facts and legends about them.

Each game is unique and created around a specific theme, with an exciting role-playing element, which can be inspired by a movie, a book, a historical fact, or a local legend.

You can go from hunting down Jack the Ripper in London to partnering up with Einstein in Zurich to solve a mystery, all while visiting the most popular places in the city connected to these real-life people.

Why should you play a Questo city exploration game?

- budget-friendly: the price of a game ranges between 8 and 20 Euro
- flexible: you can start, pause and restart the game whenever you want
- private: explore at your own pace, without depending on the schedule of a large group or anyone else
- fun: follow clues and solve challenges to discover new places and stories

As of today, the games are available in 100+ cities and are created by a growing network of local creators and storytellers.

Our players like to describe the game as a mix of real-world games, treasure hunts, outdoor escape rooms, interactive tourist app, city sightseeing tour, trip planner, and free walking tour. You can be the judge of that.

Over the past years, Questo has received several awards:
+ People’s Choice Award at Phocuswright Europe in 2019
+ Social Impact Award by Booking.com, in 2018
+ Best Travel App Award at eTravel Awards 2017

The Questo city exploration games are perfect for:

All the games are built either by a local insider, a storyteller or an experienced company, and include both must-see popular attractions, and hidden places (restaurants with local cuisine, authentic craft workshops, neighborhood bars, leisure areas and many more), that only locals usually know about.

Whether you are traveling or if you're a local looking for things to do or things to see in the city, you can find a city exploration game which suits your interests. One day you can save a princess trapped in an ancient castle, the next one you travel into the future to protect the world against aliens.

Some of our most popular city exploration games:

Join the game and Play Your City a Visit!

My partner and I used Questo in Montmartre, Paris and it was great! Even if we knew the area we discovered and learned a lot about the classic spots of Montmartre. It’s really a great idea to visit and discover cities and even your own 👌🏼