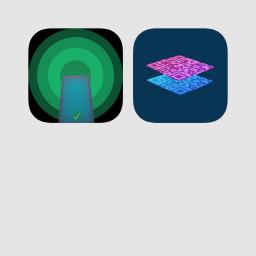 Master iOS Siri Shortcuts with this comprehensive bundle of NFC Shortcuts + QR Shortcuts.
Wether you're near an NFC Tag and want to trigger a shortcut or you're far but want to run a shortcut just by launching the camera app, this bundle will help you automate and simplify your life.

For both apps, just write the name of the shortcut you want to run, and they will be stored either on an NFC Tag or an QR code (that you can, for example, print).
Then, if using NFC Tags, just launch the NFC Shortcuts app and quickly launch any shortcut just by tapping the phone on the NFC Tag, just like a contactless payment!
If using QR codes, just launch the native camera app and it will launch the desired shortcut immediately.

Important: NFC Shortcuts only works on iPhone (7 or newer).