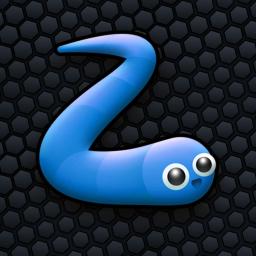 This is an alternative client for #1 Smash Hit Snake Game.

[!how!]
- Eat little color dots
- Avoid other worms
- Try to slither around enemies and became the biggest worm possible
Have fun!

Play against other people online! Can you become the biggest snake?

Unlike other games, you have a fighting chance even if you're tiny! If you're a nimble navigator, you can swerve in front of a much larger snake to defeat them - no matter what size you are! This is the most interesting of this game.

Legal disclaimer: This game was developed as a tribute to No.1 Smash hit game 'Slither.io', without intention of plagiarism or attribution of authorship. All character images, logos are trademarks of the authorship.