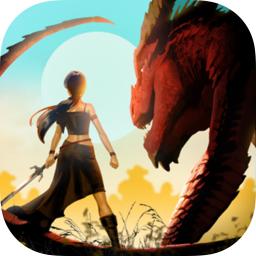 Dragons are the most powerful force in nature. Enter the world of War Dragons, where you are put in control of this ultimate power.

Your father has left you in charge of his island kingdom, and you will need to breed, train, and battle dragons to raise your new kingdom to greatness. Find your father's attacker, explore new lands, build your defenses, and take vengeance on the enemies at your gates. You will need to become the ultimate dragon rider and strategist to survive War Dragons.

War Dragons has more than 100+ unique dragons possessing different attack styles, spell abilities, and classes. Breed your dragons to create an even more powerful army. See if you can unlock the furious behemoth Khrysos and dominate the battlefield!

Start or join a guild to combine forces with other dragon lords. With true synchronous multiplayer, you can chat with teammates in real time and coordinate attack and defense strategies against other guilds.

BUILD AND DEFEND YOUR BASE

Strategize and fortify your island fortress with the optimal combination and placement of defensive towers. Choose from over 15 towers with unique special attacks, such as the long-range howitzer, poison ballista, debuff lightning, and more!! Protect your base against enemy attacks while you build up your forces.

*New Feature: Team dungeons have come to War Dragons, allowing you to team up with your friends and allies to take on the greatest of enemies!

*New Season: Souldance, the much-awaited Fall Season, has come to War Dragons! The first wave of the season does not fail to bring the spirit with four festive new dragons and one powerful new rider to add to your ranks!

Please note that War Dragons is free to play, but you are able to purchase game items with real money. If you don’t want to use this feature, please disable in-app purchases.