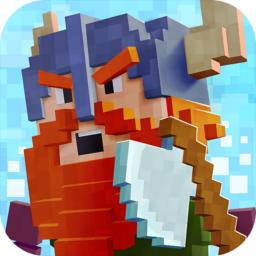 Vikings are definitely the mightiest warriors. Come to their amazing Pixel World and join their breathtaking fights with Vikings Pixel Warfare app.

You are so lucky, as it's high time for the annual Warriors Fighting Competition! All vikings are waiting for this event. Are you good enough to win this competition? Then come to the fighting arena!

Warriors Fighting Competition of vikings is rather dangerous as they:

- Use all kinds extremely destructive weapons;
- Fight without opportunity to protect themselves;
- Try to attack everyone and everywhere.

Feel like a mighty viking warrior of the Pixel World and show your power to everyone! Choose a suitable weapon for your fighter, smash and kill other viking warriors.

Join the Warriors Fighting Competition and show your power to the whole vikings' world with Vikings Pixel Warfare app!