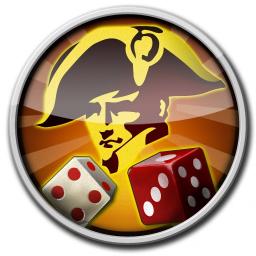 European War (musket & artillery) is a new style strategy game for Mac. It takes you to battleground Europe during the eighteenth century and nineteenth century. In this game many tactics been used in order to defeat the other forces. You can select six empires: British, French, Ottoman, Russia, Germany and Austro-Hungary in this age. If your army conquest enemy’s territory your total tax revenue will be improved. You would get all of the empire’s Territories and improve yourself total tax revenue after your army conquered enemy’s Capital. Tax can be used to purchase cards (Draft Card, General Card, Marshal Card, Ship Card, Fortress Card, Cannon Fire Card.)

Comfortable operation makes you play this game easier and have more fun.