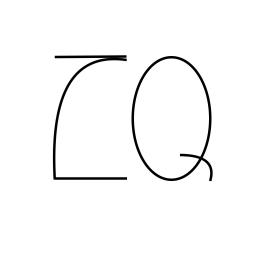 Simply speaking, ZhuQue supports Hot Reload of Objective-C code during iOS development.
ZhuQue works on iOS simulators and real iOS devices.
With ZhuQue, you can run your latest code without having to rebuilding and rerunning, which may costs you plenty of time.

Please notice that by Hot Reload and method swizzling, you actually change the behavior of a class, not a specific object.
If you change the properties of an existing class, you need to recreate an object of the reloaded class instead of using the former one, otherwise memory issues or crashes will occur.

Drawback:
1. You can only update an existing class rather than adding a new class.
2. Only Objective-C classes can be updated for now.
3. General c struct is not supported, except CGPoint, CGSize and CGRect.
4. The execution speed of IR code is much slower than normal, but must faster than rebuilding and rerunning.
5. Due to reasonable and unreasonable issues, there will be some memory leaks during the execution of IR code for now.
6. NSLog has not been supported yet.
7. If you use dispatch_once, static variable or other similar things, using ZhuQue may break the original code logic if you continue using an existing object whose class has been updated.
8. Xcode pch has not been supported yet.

Steps:
1. Install ZhuQue on your Mac.
2. Make sure your Mac and your device on the same LAN.
3. Open ZhuQue, then you can see the [!zq!] item in the status bar.
4. Click [!zq!] and select [!open!].
5. Chosse the path of your project. Please notice that this path should contain a valid xcodeproj or xcworkspace file.
6. Click [!project!] and add directories that contain all code of your project if your project uses code placed somewhere else.
7. Emben ZhuQue.framework and libLLVM.dylib in your project. You can find these frameworks under /Applications/Zhuque.app/Contents/Resources after installing.
8. Call [!zhuque!] showStartPopup] in didFinishLaunchingWithOptions.
9. Build your project and run the relative app on your device.
10. Click [!zq!] and select [!broadcast!].
11. Click the [!connnect!] button in your app.
12. Begin to work as normal without Command+R.

Warning:
1. Do not embed ZhuQue in release binaries, otherwise your app may be rejected by App Store. ZhuQue is made for developing and debugging.
2. If your app crash or work abnormally, stop using ZhuQue and wait for the next update.
3. If you meet linking errors caused by CocoaAsyncSocket, use ZhuQue(Clean).framework instead of ZhuQue.framework.

You are welcomed to submit issues and bugs here: https://github.com/ssc31803/ZhuQue