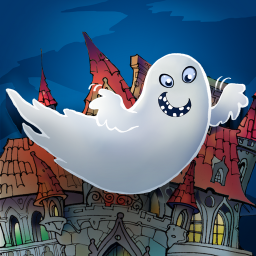 The world-famous game “Ghost Blitz”, played by millions of people, is now available for the smartphone and tablet!

„Ghost Blitz“ is a game for all ages and for all occasions!

Can be played alone or with friends, on the road or on a party – now “Ghost Blitz” is always there when you need it!

The game rules are very simple and are great for kids as well!
“Ghost Blitz” is a reaction game.
The player with nimblest fingers and with in a flash mind will win the game!
Players accumulate points by being the first to grab the correct item.
At the end of the game, the player with the most points wins!
The game features
- HD graphics, cool sounds and atmospheric music
- online multiplayer (playable cross-platform on iOS/Android/Amazon Fire OS) and hotseat game mode for up to 6 players
- special online “vs. World” mode
- single player game mode
- four A.I, levels, achievements, local and global leaderboards, profiles & statistics, chat