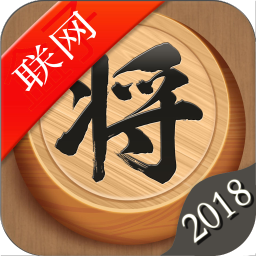 Chinese Chess Introduction
Chinese chess is a puzzle game with rich Chinese characteristics. The new networking game is more fun and the party can challenge the children together. The wonderful game lets you feel the depth and depth of Chinese chess.
【game instructions】
Chess, also known as "Xiangqi", Chinese chess (English name Xiangqi), Chinese traditional chess puzzle game, has a long history in China, and has been recorded in the pre-Qin period. Chess is a kind of two-person confrontational game. Due to its simple appliances and strong interest, Chess has become an extremely popular chess and arts event. Among the major countries that are popular in Chinese and cultural circles of Chinese characters, chess is one of the 78 sports programs officially launched in China. Chess is one of the official events of the first World Intellectual Games.
Chess game rules
Shuai (will): Shuai (will be) is the head of the game and is the goal that both sides strive for. It can only move within the Jiugong. It can be left or right. It can only move one vertical or horizontal line each time it moves. Shuai and will not be able to directly face each other on the same line, otherwise the party will be negative.
【Features】
1. Add friend room function, invite friends to play together.
2. Chess online mode allows you to fight in the sea of ​​chess.
3. Chinese Chess Game Mode, just one click will allow you to enjoy the battlefield battlefield and you will enjoy the thrill of victory.
4. Double game, let you a mobile phone and your friends wonderful battle.
If there is any problem in Chinese Chess, we can give us feedback through the evaluation. We will definitely solve it for the first time!