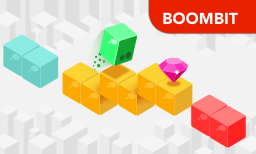 Bouncing Square is the new game from the creators of Bird Climb, Tower Dash and Running Circles!
Bounce from one box to another with simple one-touch controls. Use their different properties to your advantage. There isn't one right way to pass each level; it's all down to your creativity!
It will take supernatural reflexes, a steady hand and nerves of steel. How far can you go?