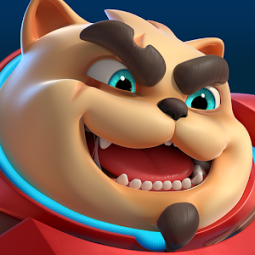 Caterra is here to turn your battle royale experience topsy-turvy!

Gear up for unique multiplayer battle action in one of the most anticipated online battle royale games – captivating battles, amazing prizes, and tons and tons of 3D fun are just the tip of the iceberg in this online game. So, if you’re tired of all those same-looking battle royale games, Caterra is waiting for you!

Unlike pretty much all battle royale games out there, Caterra brings you in to the world of battle heroes, who can’t wait but to battle it meowt – either for fun, revenge, or precious rewards. No multiplayer games have done anything like this so far and neither did royale games – you get a unique 3D action game with familiar battle royale mechanics that will exceed your battle game expectations and keep you glued to your device’s screen.

· Multiple feline characters are ready to get in the battle – win and collect points to open them;
· Each character has unique battle abilities and sets of powers – upgrade them to get maximum impact in your online battle games;
· Uncanny and fun 3D designs and action sequences not found in most other battle games.

· Simple gameplay that sets Caterra apart from most battle games – no need for complicated tutorials, you’ll start winning in this fun game as soon as you launch;
· Choose battle royale scenarios and maps – this 3D game features diverse locations that will always keep you entertained in your every single multiplayer battle;
· Battle with your friends – invite them to share hours of online game fun in Caterra.

· Create and join clans like in the best online games – invite other cats, either friends or total strangers to gain more special prizes;
· Smooth and fun graphics – along with character design, enjoy amazing weapon and action animations in every battle royale game;
· PvP battles for more fun with your friends or teammates – train along with your co-battlers to become a PURRFECT battling machine;
· Upgrade your characters to gain more power, speed, and special attack efficiency for more battle royale wins.

Download Caterra today for FREE and battle your way to the top!