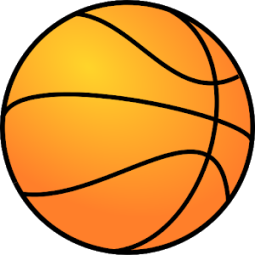 Have you ever looked at the decisions made by the front office of an NBA team and thought you could do better? Well, now you can! In Basketball GM, you are the general manager of a basketball team.

Running a basketball team requires you to make tough decisions.

- Should you re-sign a veteran player, or leave cap space open to sign a free agent?

- Should you draft a raw player who could be a star, or someone who can contribute right away?

- Should you trade away next season's draft pick for a player who can help you win now, or stockpile assets for the future?

- Should you raise ticket prices and annoy your fans, or can you cut part of your budget instead?

Basketball GM is 100% free and unlimited. No virtual currency, no microtransactions, no pay to win. You can create as many leagues as you want and play as many seasons as you want, all without even creating an account.

I know, you've been burned in the past by other "free" games. I know, you think there's some catch. But we really are different, and we've been that way ever since we started in 2008.