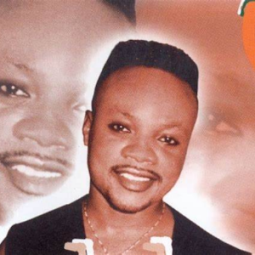 Was born as Charles Kwadwo Fosu in Nsuta, near Mampong, in the Ashanti Region of Ghana. In the early 1980s, he debuted on the highlife scene with his massive hit "Yeeye Aka Akwantuo Mu" with Nana Acheampong (known together as the "Lumba Brothers"). This song depicted the number of Ghanaian immigrants that originally leave the country to seek better fortunes abroad but make those temporary homes permanent due to financial, emotional, or other unforeseen hardships. Yereye Aka Akwantuo Mu was with his colleague Nana Acheampong under the name Lumba Brothers spawned several hits and established Daddy Lumba as a versatile and highly gifted musician. Lumba’s wife, Akosua Serwa, produced the album.
He has been consistent with the release of multiple-hit albums since then and has established himself as one of Ghana's most popular singers of his genre, Highlife.
He introduced a future love song master, Ofori Amponsah, through his blockbuster hit album Wo Ho Kyere (1999). Daddy Lumba's pairing.