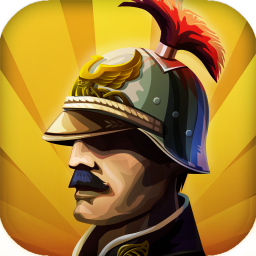 In European War 3 you will be a commander leading your soldiers to fight for resources, promote economic and industrial growth, develop new technology and seize opposing territory. Whenever deploying army, navy or air force, you need to take much thought due to their strength and weakness. Work on your defenses when you are in a weak position; build airport if you need air support. Fighting the battle could earn your forces experience and when they come to Ace Forces, their combat effectiveness would be impressive! It’s also important to upgrade your commander level as you would take the lead. European War 3 also gives you a choice among different modes like Empire, Campaign, Conquest and Multiplayer.

Campaign Mode:
30 actual historical campaigns (choose any force you like)

Conquest Mode:
choose any country to compete in Asia, Europe and America for hegemony.

Features:
- 28 command cards make the battle full of change.
- 11 forces such as the army, navy and air force all have unique features.
- 32 nations are involved across Europe, Asia and America, 1271 administrative regions in total.
- Technology reaches up to five levels.
- Mini-map display
- The map can be zoomed in or zoomed out .
- 15 levels of rank promotion (from Private to Field Marshal)
- Auto-save