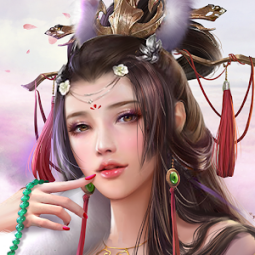 Emperor and Beauties is a Palace Simulation RPG in which you get to experience the life of an official heading for the Emperor in ancient China.
Recruit talent Retainers. Deal with daily government affairs. Start a romantic relationship with Beauties. Cultivate Offspring. Prepare for war with Military strategy. End up on the throne.

Key Features:
On the Throne – Experience the life of an emperor governing an empire!
Recruit Retainers – As you develop, more and more Retainers will be attracted by you with your wisdom. They will follow you and help you build your empire.
Assemble Beauties – Encounter Beauties and develop romantic relationships with them.
Raise Children – Raise your children and witness their growth from childbirth to adult!
PVP Arena – Dispatch your Retainers to fight against other players’ worldwide!
Guild War – A fierce battle requires team work with Military Strategy!
Various Appearance – Various Retainers Skins, Beauty Skins, Character Skins and special Titles for you to choose.

Updates & Optimizations
Artifact & Treasure Workshop – Dispatch your Retainers to complete various quests in Treasure Workshop to obtain Retainer Artifacts! Artifacts grant extraordinary power to Retainers and help you rise to the throne!
Scene – Both the default Mansion Scene and the default Map Scene have been renewed! Come and get a totally free access to them!
New UI – Enjoy the newly optimized In-game system names, Official Rank ordering and Ranking Title names!
Login & Connection – This latest update greatly optimizes login failure and loading issues. Just download the latest version and play Emperor and Beauties in the most smoothly way ever!