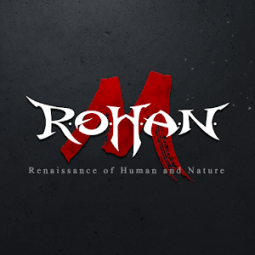 "R.O.H.A.N. M." developed with the original and famous Online PC Game IP “R.O.H.A.N. Online”. Explore the world of "R.O.H.A.N." on your mobile with nostalgic game features from the PC version of the game. Experience various game contents: PVP, PVE, Combining & Upgrading Systems, Dungeons, and many more in an Open World MMORPG!

The classic legendary Online PC Game developed into a mobile version! Take the time to reminisce about the joys of the classic R.O.H.A.N.!

『Character Introduction』
▶️Warrior _ Giant
“I know of no such thing as Defeat.”
Becomes strengthened as the battle continues, unleashing an inner power that grows with lower health.
Wield a Great Sword or Dual Axe as a Berserker or Savage.

▶️Healer _ Elf
“Behold the power of my divine heal.”
Has the ability to heal and protect party members and serves a vital role in every battle that lies ahead.
Wield a Mace and Shield or Scepter as a Templar or Priest.

▶️Dragon Fighter _ Dekan
“I am the Ultimate Warrior, fear my name.”
Capable of dealing both Physical and Magic damage. Transform into a Dragon to harness a greater power and wreck havoc.
Wield a Zen or Separate Zen as a Dragon Knight or Dragon Sage.

▶️Knight _ Human
“Gaze upon my sword, engulfed in my fury.”
Launches into battle with fortified endurance and immense strength.
Wield a Sword and Shield or Dagger as a Guardian or Defender.

▶️Archer _ Half-Elf
“My celestial arrows never miss.”
Attacks with a volley of piercing arrows with precision and speed.
Wield a Bow or Crossbow as a Ranger or Scout.

▶️Mage _ Dark Elf
“Suffer judgement by my flames that fall like the rain.”
Casts powerful spells inflicting Magic damage and debuffs upon enemies.
Wield a Wand or Staff as a Warlock or Wizard.

▶️Assassin _ Dhan
Don’t rest assured when I am hidden, death is merely an instant.
Emerges from the shadows and strikes before a moment’s notice.
Wield a Dagger or Katar as an Avenger or Predator.

『BREATHTAKING PVP』
Life and Death, judged by your hands!
Watch your back! There is no warning for vengeance; it could happen at anytime, anywhere.

[!app!]
We require permission to provide the following service while you use the app.
[!required!]
- Storage: Requires Used to store files or data relevant to gameplay while the game is running

[!how!]
▶ Android 6.0 or higher: Settings > Apps > Select Permission Settings > Permissions > Set to allow or deny
▶ Below Android 6.0: Upgrade the operating system to change settings, or delete the app
※ The app may not provide other options to change permissions itself but can always be done with the above method.