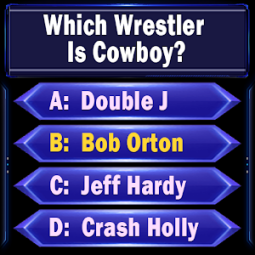 Wrestling originated in the 19th century. It grew into a huge display of strength, athletic performance, and collision, to showcase the techniques of the form.

Do not think ever you know everything about wrestling because I bet this WWE quiz game will make you sweat though, in the end, it is rewarding if you crown one by one all the championships.

Ever wondered how much you know about Wrestling or the World Wrestling Entertainment, Inc.? Did you know that the original company was founded back in 1952, and has been through several corporate transformations?