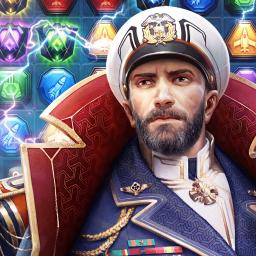 Make your strategy to match hundreds of warships, submarines and carriers, and build a powerful fleet to challenge other elite players worldwide. For the glory of the empire and guarding our waters, hurry up to join the battle NOW!

Features:
Battle: Send your fleet to launch destructive attack by making match-3
Build: Rebuild a powerful navy base and establish your naval empire
Collect: Recruit hundreds of warships, submarines, carriers and naval commanders to build your fleet
Upgrade: Upgrade your base and warships to boost your power and rule the seas
PVP: Thrilling PVP duels with global players