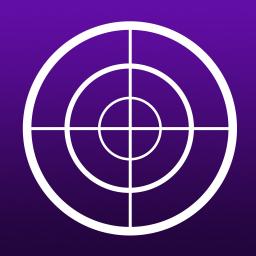 Canada Weather is location-aware and can automatically find the closest radar station. You can also select from a list of 31 stations nationwide, including five regional views: Pacific, Prairies, Ontario, Quebec, and Atlantic.

New in version 2.0 are the Surface Analysis and Graphical Area Forecast (GFA) charts. The Surface Analysis is a snapshot of the current pressure and frontal systems across Canada. GFAs give you a 12-hour forecast of the expected pressure and frontal systems at a regional level, along with information such as expected precipitation, cloud height & coverage, turbulence, icing, and freezing level. While these charts are typically used by pilots, they offer an excellent look at the current weather systems in a given region.

Radar Features:
• Load up to 100 images
• Choose the sensitivity of radar images (rain or snow)
• Choose the type of image (8-colour or 14-colour)
• Timecode overlay on each image
• Customize animation speed and delay
• Customize the overlays to view with each image: cities, more cities, roads, road numbers, rivers, radar circles, and your current location

Canada Weather was featured in iOS Store on 1 placements in 日本 on 2018年8月19日.