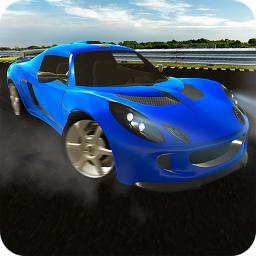 Kool Games have been developing racing games and simulation games in the past so they finally decided to give you one race car driving game that is not only a racing game but also a simulation. It was not easy to convince our soldier to become a car driver but with a track car simulation it was ensured that racer game driving simulator becomes the real objective. So we finally have a race simulator with a 3D car simulation for the required racer game driving simulator.

In order to become a successful racing game among other racing games, Kool Games has put in this car game all the required experience of racing games, simulation games, driving games and car simulation.

What is this racing simulation game all about?

How to play this 3D Car Tracking game?

1. First, car driver needs to download and install our 3D Car Simulation driving game for free on his smartphone or tablet

2. Once car driver launches the Race Car Driving Tracking game, car driver needs to select the mission that he wants to play in this 3D car driving game

3. When you start playing this 3D Car race game, you will be able to do track racing with the controls. You can easily accelerate or brake using the acceleration and breaking buttons in the bottom right side of the screen in this car race game.

Why this track racing driver game?

You are surely going to love this track racing driver game over the other racing fever driving games due to following salient features:

Who should play this race simulator driving games?

Anybody who loves driving games and racing track simulator should play this driver game.

When to play race simulator?

Driving games and racing track simulator can be played at any time. At office or at home, whenever you have free time just pull out your car and enjoy playing this driver game.

Please do rate our driver game as we always look forward to your feedback to bring you the best.