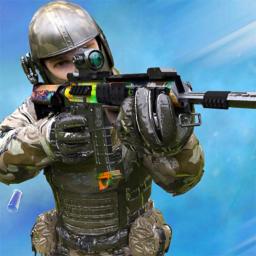 In this cover shooter game, all you have to do is to fight on your own and remember one thing stay hidden from enemy’s first sight. It’s your duty to lead the special contract and counter the enemy’s attacks. Play as best cover shooter who can shoot, run, and fight in a tough combat situation. A hidden terrorist force wants to take over. Go ahead and shoot the counter-terrorist, make your squad survival certain and become the super commando in the shooting world.