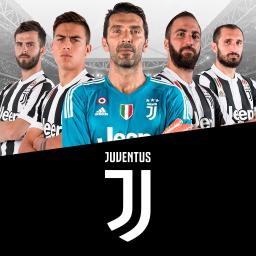 JUVENTUS FANTASY MANAGER 2018-BE THE BOSS: the new edition of the MOST ADDICTING FOOTBALL mobile Manager has arrived! Lead the team of your dreams and defeat thousands of users. FREE and designed for iPhone and iPad. Discover all of this year's updates.

THE MOST ADDICTIVE MANAGER FOR MOBILE DEVICES
Your team. Your club. Sign, train, challenge, defeat thousands of rivals and SCARE THEM OFF THE FIELD!

SIGN THE BEST PLAYERS IN THE WORLD
Sign Cristiano Ronaldo, Cuadrado, Alex Sandro, Khedira, Dybala… as well as other forwards, midfielders, defenders and goalkeepers from around the world. Train them, increase their level, improve their skills and let them play from the very first moment. If you work hard, you can have an unbeatable team.

DO YOU KNOW FOOTBALL? ARE YOU UP FOR THE LEAGUE?
A competition like the league can prove just how much you know about football. The main competition in Juventus Fantasy Manager is the league, where you'll have give your all to be in top shape for each game and fight to reach the top division. Play with the best and show that you know more about football than anybody.

NOBODY WILL BE ABLE TO DEFEAT YOU
Get the best forwards and watch your opponents' defense tremble just by seeing them. You choose where to crush your opponents, in head 2 head matches or tournaments? Your rivals better get ready!

PLAY AGAINST YOUR FRIENDS AND THOUSANDS OF OTHER USERS
Your friends want to play with you, help you advance in the game and, of course, FACE YOU!

THE POINTS ARE BASED ON REALITY
Reality at 100%! One of the components that make this game realistic are the player values. These vary according to their performance in real life so you should be sure to pay attention every week to make sure you have the best players on the field.

POWER UPS AND ENHANCEMENTS
Strengthen your team with virtual power ups. The more virtual goods you have, the more possibilities you have of winning games!

We're already working on the next version. Thanks for playing Juventus Fantasy Manager! (Not available for iOS ≤ 8.0)

OFFICIALLY LICENSED PRODUCT OF FROM THE BENCH - trademarks and copyrighted works, including the Clubs logo, and other intellectual property rights are owned and/or held by From The Bench and may not be used without From The Bench’s written consent. Visit http://www.fromthebenchgames.com/ for more information.
To be able to play this application, you will need internet connection. This application offers in-app purchases which you can disable in your device settings.
By using this application, you accept the “Privacy Policy” and the “Legal Notice”. It contains advertisements of “From The Bench, S.L.” and their partners, including advertisements within the game. It also collects data through analysis technology and delivers third party advertisements including network and GPS locations. The app contains direct links to social networks for those above the age of 13 and also direct links to the internet.