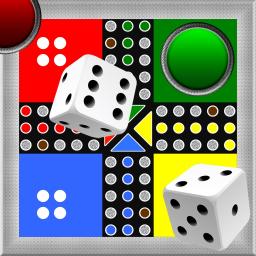 Ludo board game can be played by 1 to 4 players. Each player race their four tokens from start to finish according to dice rolls along a path. The game gets interesting when a player captures an opponent player's token which is then returned to the starting area. The winner is the first player to get all four of his/her tokens to the finish square/grid (home square/grid). Play and try this amazing classic game of Ludo.

About Ludo :
Ludo is a simplified version of the traditional Indian Cross and Circle game Pachisi. The game is known as Ludi in the Caribbean, "Fia med Knuff" in Sweden, "The Chinese" in Poland, 'mens-erger-je-niet" in the Netherlands. Ludo board game is also similar to Parchis, Parcheesi, Tock and Sorry!

Ludo game is a bit like the dice based Snakes & Ladders board game.

Play and try this amazing classic game of Ludo.