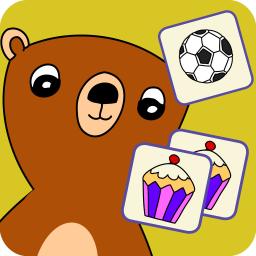 Make speech therapy fun with Minifonemo. Minifonemo is a tool to help children with speech sound disorders. To make the training of phonemes fun, Minifonemo works as a game. Saying words out loud is part of the game.

• Speech sounds: f, g, k, l, r and s
• The speech sound in the beginning of words
• 18 cards for each speech sound
• A teddy bear says the words out loud

If you have played the game memory you can play Minifonemo. Pair cards with images that are alike. In Minifonemo all the images contain words with the current phoneme. When you turn a card the teddy says what is on the card. Say the word out loud. If you want, poke the teddy in the belly and teddy will tell you what’s on the card once again.

Do you want to see something funny? Poke the teddy in the belly before you turn the first card!

Minifonemo is a smaller version of Fonemo for iPad. Minifonemo is optimized for iPhone or iPod Touch. If you have an iPad we recommend that you download Fonemo and get access to many more options, such as recording, play two players and practice the speech sound in other positions in the word.

You can play Minionemo in English, Swedish or Norwegian. To change language you need to change it in the iPad's settings. The number of speech sounds can vary in the different languages.