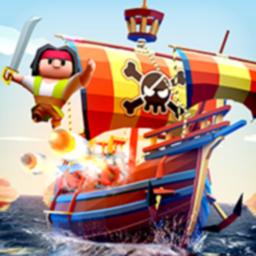 Take to the high seas in full scale PvP naval warfare, with fast paced conflicts packed with ship-to-ship seaborne action. Choose to play as a lone wolf, or join a fleet and take part in epic ten player skirmishes at sea. Choose a captain armed with unique firepower, board a powerful battleship and dominate the high seas!

Ship Shape
Choose from one of nine powerful battleships to take into the fray from the dreaded Obsidian and the swift Dragon to the mighty Flying Dutchman. Each ship has different attributes, designed to give you the edge over the competition.

Set Sail
Prepare for battle with enhanced armour, cannons or torpedoes before taking to the high seas in intense ship-to-ship combat.

#PRODUCT FEATURES#
- Take part in 5v5, on-line, fantasy naval battles on an epic scale.
- Set off on a pirate journey into the unknown, defeat the Kraken on the quest for treasure.
- MIGHTY VESSELS Choose from one of 12 awesome battleships each with different abilities and handling designed to give you the edge on the high seas.
- Choose from one of 10 heroic captains to steer your ship to victory! Each captain enables a unique power from powerful mighty energy waves, invisibility shields, and fearsome frost arrows!
- Different combinations of captain, skill and ship allow you to deploy multiple strategies to conquer the high seas!
- Blind your battleship up with better armor, beefy cannons or hard hitting volleys of torpedoes.
- Prepare for battle with enhanced armor, cannons or torpedoes before taking to the high seas.
- Join a fleet and battle for collective glory, or play on your own as a lone shark!
- Unleash all manner of attacks on the enemy fleet from frost beams, shark attacks, and fireballs or be more strategic with healing and invisibility skills.
- Complete a series of maritime missions and win precious gold!
- Dominate one of 3 maps to claim victory.
- Support AR mode.