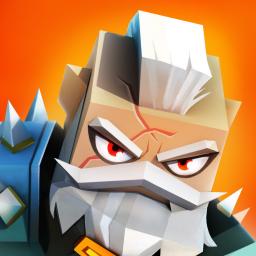 Enter the world of Portal Quest, the next generation of strategy role playing mobile games! Gather and lead your team of battle-ready Heroes to fight in a war against a corrupt force! The Hollow are poised to take over the World as you know it. It’s up to your team to fight through battles to hold the Hollow back. Your enemies will only get tougher so assembling the best team of battle-ready Heroes requires an essential strategy. Summon your team to take down the enemy while upgrading them to the finest Heroes Portal Quest has seen. It’s the only way we will be able to fight the Hollow back and defeat them for good!

• Battle Through the Campaign - Earn gear, experience, and shards to upgrade your heroes by taking down the enemy in 5v5 PVE battles.

• Gather the Best Heroes - Collect and upgrade 100+ unique heroes to build out a full team.

• Choose Your Heroes Wisely - Each Hero has has a unique strategy. Use them against the right enemies and you’ll end up on top.

• Compete in Guild Wars - Storm the war zone with your Guildmates and fight other Guilds in epic battles to defend your Keep!

• Tons of Challenging Modes - Whether it’s collecting unique gear from a dungeon or putting your team up against your friends in PVP, there is always a battle to fight in this strategy RPG!