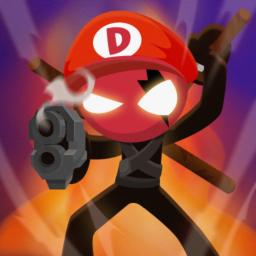 Supreme Stick Warriors - Shadow of Legends is a physic-based stickman fighting game. Fighting against other stickmans to become legend in stickman fight and get awesome rewards in stick fight games.

In this game, you have to collect the supreme duelist varieties of stick fight weapons to make you stronger and stand out from the rest and become the best stickman legends.

Supreme Stick Warriors - Shadow of Legends is a physical game with four gameplay modes: single mode, versus mode, tournament mode and survival mode . There are available a lot of level in each game mode for you to explore, especially we are also make an endless mode for all of you.
- Single mode: Face your favorite opponent head-on in an one-on-one battle. Win as many opponents as possible to earn more rewards and unlock new skins, weapons
- Versus mode: Customize your character to fight with your friends
- Tournament: 16 finest warriors were chosen to fight in the tournament. Defeat any person may come in your way to reach the ultimate glory as the new champion.
- Survival mode: Engage in a never ending battle, defeating as many enemies as possible to earn the highest score