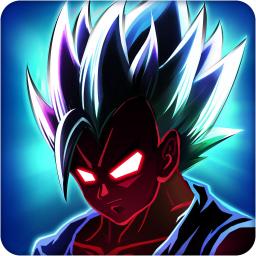 Super Dragon Fight Shadow 2 is a new offline action game in 2018. This is a story about super shadow battle between God vs Devil. The planet is under threaten by enemies. Our warriors has to transform into superheroes legend to fight with devils in shadow shape.

In order to win the battle, you have to got the infinite power. During the adventure, you will travel to different planets and fight with many kind of shadow enemies.

Gather the best super heroes together and let them stay by your side if you want to win.Your enemies also be able to upgrade themselves after each level. Please remember to upgrade your hero continuously and equip him the best weapons.

How to play:
- Be careful with damage from shadow fighters, you can be defeated after just get 1,2,3 or 4 hits from them
- Collect the magic peanuts to fulfill your power and energy
- Some enemies has shield to protect, only attack when they don't have shield to avoid run out of energy
- Each enemies has special skills, remember that their special hit can damage 3-5 times more than the normal hit

Super Dragon Fight Shadow 2 is a new offline action game that promises to bring you the most interesting and relax time. Good game both for mobile and tablet. It's time to fight for justice and protect our planet.