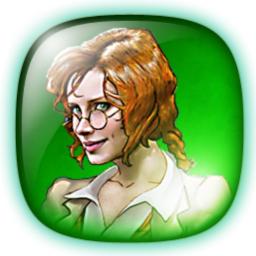 Secrets of the Dragon Wheel

"It looks great... and the occasionally Myst-like effect is reinforced by a subtle, moody soundtrack." - Gamezebo.com

"the story is a goofy romp, from its candy cane toting villain, to a shrunken winged man in a bird cage... However, the beautiful art is far from goofy. Every scene is full of intricate little details. " - Jayisgames.com

Epiphany O'Day has been laughed out of her University. Her superiors think her wild theories on the ancient and mysterious Dragon Wheel artifact are pure fantasy. But her mentor, Professor Lunn has used her careful research to unlock dark forces and he begs her to help him before its too late. But powerful, evil people have taken notice of her work and now a trail of blood and ancient torment are forcing our beautiful young sleuth to tangle with more than academia. She must sneak on to the Imperial Majestic, a luxurious and very dangerous royal train destined for an epic journey from Europe into the darkest reaches of the Far East. She must use every ounce of her wits, bravery and deep knowledge of the Dragon Wheel to stop the murder and mayhem in its tracks.

* Loads of hidden objects, intriguing puzzles and dastardly tricks.
* Fantastic mystery tale, unfolding through stunningly beautiful and exotic scenes from Paris to the Far East.
* Match wits with dark characters. Who is on your side as you try to stop murder and mayhem?
* Figure out how to assemble and use the power of the scroll of songs and the Dragon Wheel.