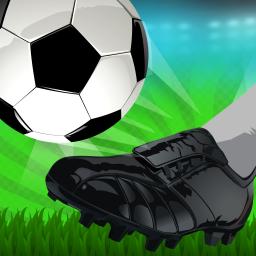 You've played the full 90 and overtime. It's now down to a penalty shootout. Will you lead your team to victory? Or will you crack under pressure and lose it all?

How to play - Starting the game
1. Open the app
2. Press "Play"
3. Select your difficulty
4. Press "Start Game"
5. Press heads or tails for the coin toss
6. Begin the game

Playing as the kicker
1. Tap the ball
2. Drag the ball to the desired location
3. Let go to shoot

Playing as the goalie
1. Tap and hold the gloves
2. Watch the kicker take his shot
3. Drag the gloves to the location of where the ball is traveling to block the ball

About Sirqul
Sirqul is an engagement as a service (EaaS) platform that empowers influencers and brand advertisers to rapidly create dynamic mobile experiences and maximize customer loyalty. Influencers and brand advertisers engage with their users on a daily basis, monetize their brand, while maintaining authenticity via non-intrusive product placements embedded within the experience itself. Sirqul has powered global brands as well as key influencers to reach top positions in the US iTunes App Store for games while also generating over 30,000 5-star app reviews. Sirqul's methods are quickly revolutionizing targeted mobile advertising and awareness campaigns and is now taking the industry by storm.