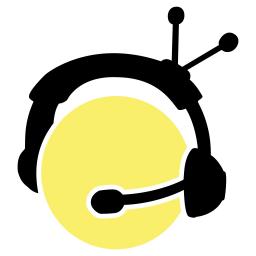 Unity Client is a next generation network-based full-duplex intercom system that is incredibly simple to use, yet is as powerful as traditional systems costing many times more! Unity Client works in conjunction with the Unity Intercom Server, available from www.unityintercom.com.

The Unity Intercom system can be used for a variety of applications
• Multi-camera live video production (including Tally!)
• Fleet/delivery management
• Hotel staff
• Hospitality personnel
• Construction/installation crews
• And many, many more

Works over any IP based network
• Unity Client works using either Wi-Fi or direct ethernet connections. Users can be within the same network as the Unity server, or located around the world communicating over the internet.

Supports up to 6 channels and 58 users
• Users can be restricted to access any or all of the 6 channels for talk/listen, listen only, or no access.
• Additional users can be purchased, up to a total of 58 simultaneous users on the Unity system.

Private user-to-user communications
• You can communicate with any active Unity user directly in a private communication session. No other users can hear the conversation.

Integrates with external audio I/O
• Upgrade Unity Server to allow audio to be routed to and from an external Com system, effectively creating wireless com stations that work with a traditional hard-wired intercom over any existing network.

External tally support
• The Unity server can be upgraded to accept tally information from a variety of video switching systems, and can send this information to remote Unity app users. Both the Unity Mac Client and Unity iOS devices become actual tally lights, showing both preview and on-air talent tally functionality.
• Great for production environments!