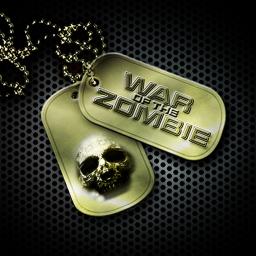 War Of The Zombie

Welcome to War of the Zombie, the zombie outbreak strategy simulation that has the whole world pleading for help!

GAME PLAY
As Global Operations Director of Safe Industries, take charge of its double-hulled Ark Carrier and recruit marines & other personnel, purchase real-life military equipment, research advanced technologies, move across the world within range of real-time missions, nuke, scavenge, infect, bribe, insult, fortify and defend against the global governments in an attempt to save humanity from the zombie pandemic and resulting chaos.

FEATURES
Survive, die or turn undead in zombie-infested, fully destructible mission zones
Select, equip and drop a team of 4 marines into real-time combat against zombies & rebels
Drive different types of armoured vehicles and call in multiple air support to aid your safe team
Complete missions over numerous map locations, mission types, and climate styles
Zoom in/out of mission zones as well as your global tactical map
Decide how your marines develop as they increase rank & experience
Recruit, train and transfer marines to and from your Ark and FOBs
Rescue, train and assign advisors, researchers, diplomats and doctors
Research & Develop advanced technologies to aid in your missions success
Bribe, infect, scavenge, nuke and fend off 200 countries around the globe
Build up arsenals of real military weapons on your double-hulled command carrier
Build specialised labs to complete R&D and fabricate technology surplus to sell
Construct and supply up to 5 forward operating bases in friendly countries
Switch between multiple careers while you try out different strategies

WOTZ IS EVER EXPANDING:
War of the Zombie has been developed as a 'near' open-ended game (it ends when there's no longer any civilian human population or you find and destroy the causes of the pandemic) with improvements, enhancements and new features added in each update as well as our favourite fan suggestions.

BECOME A FAN
Stay informed of the latest updates, news, tips and gossip about the desktop and mobile versions of WOTZ from the development team as well as the many diehard fans at facebook.com/warofthezombie

We listen to all feedback as well as suggestions on new maps, mission types, and features.