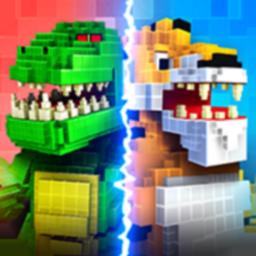 Laugh out loud as you fight with cool and hilarious action heroes from 4 dynamic worlds of WWE, DINO, JUNGLE and ROBOTS. Choose from an absolutely entertaining roster of champions to begin your journey of endless fun.

Stomp over opponents, push them against obstacles and even chase them as they try to sneak away from you – It’s all about making your moves look cool and quirky.

A QUAD-WORLD OF HEROES & PUNKS
Now, choose your super heroes from 4 vivid and entertaining thematic worlds – DINO, JUNGLE, WWE and ROBOTS. Punt opponents in the air as you dance and groove to the vintage 8-bit arcade tunes. Go completely BONKERS in this never experienced before contest of pixel smashing.

RETRO-STYLE ARCADE ACTION
Make a swooning entrance into the arena and tease opponents with mischievous gestures. Smash & Bash Pixels! Whether kids or adults; have lots of smashy fun while you experience the thrill of winning fights even with one limb remaining.