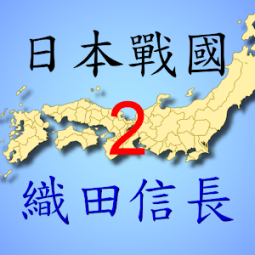 * Develop and build territories, strengthen military resources.
* Make good use of the Diplomatic Alliance and reduce the enemy on the back.
* The generals gain experience through battle or governance to increase their level.
* The troops are upgraded with the upgraded of generals, and can be upgraded to higher-level troops.
* Free SLG offline strategy game, niss war series games.
* Support 1 to 4 people can play together on the same mobile phone.
* Only supports the new mobile phone system, some old mobile phone systems will crash and fail to execute, please forgive me
* This game is a personally created game, not a game produced by Japanese well-known game design company. The game's playability and detail are not as good as one percent of the Japanese game.
* This game support Chinese / Japanese / English, and the game background is not real historical facts of the Japanese Warring States.
* This game has passed Google Play security certification.

Cultivated field: Increase the capital income of the autumn harvest and increase the source of conscription.

Increase city defense: Increase the durability of the castle when attacked.

Temporary tax collection: Funds can be collected temporarily, but the market / farming / national support of the place will decline.

The implementation of internal directives requires action points, which depend on and .
Country level up, action up 6 points.

Attack: When the troops are attacking, they can attack adjacent enemy troops.

Upgrade: Troops execute internal orders or participate in battles, and can gain experience points, which can be upgraded 1 level every 100 points (troops can increase attack or defense).

Offense: By executing the command, the troops of both parties will attack. The output of melee units in the back row will be halved.

Attack: The troops can execute the or command to switch the combat state.

Defense: The troops can execute the or command to switch the combat state.

Retreat: The attacking or defending party can execute the command to retreat the all troops.

Siege battle: When the field attacker wins, he will enter the siege battle.

Encirclement: Execution of the instruction costs money. When the city defense drops to 0, the attacker can occupy the area.


After the game passes, the system will give a score to the unified process.
Scoring elements: Use rounds, Initial power points, Game difficulty.

Famous generals Toyotomi Hideyoshi, Shimazu Yoshihiro, Sanada Yukimura, Takenaka Shigeharu ...Who can be the world's heroes in troubled times? The Japanese Warring States are waiting for you to challenge!