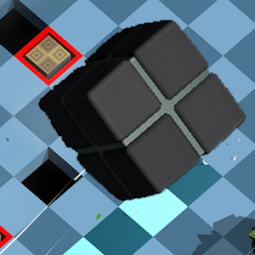 About Dancing Box Original - Dancing Line 3D
Dancing line 3D is a simple game that has a unique experience with simple graphics. It is an endless game with increasing difficulty as time passes. The key to success is not to fall in the pit and don’t get hit by any obstacles until you beat highest score and set new highest score. These simple rules will allow the dancing box to stay to draw a dance line zigzag.

Dancing Box Original Gameplay
In this game, the dancing box moves zig zag around level, forming a dancing line which can’t be broken. In order to survive, the box does not touch any obstacles and there are pits, fire, trap and freezer in the game which have to abide by the dancing box to get closer to them. There are special box which help you to get higher score. Play as long as dancing box doesn’t get destroyed and challenge yourself with your own highest score in the game.