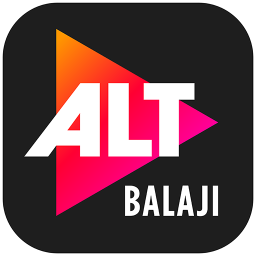 ALTBalaji subscription service starts from ₹100* (3 months) & Rs.180* (6 months) while annual subscription is for Rs. 300/- Don’t miss the chance to watch your favorite episodes online at 80 paise per day.
A based Video-on-Demand app that provides the readers with one-of-a-kind content directed by award winning directors that features popular actors.

• His Storyy
His Storyy is a romance drama series starring Satyadeep Mishra, Priyamani Raj, Nitin Bhatia, and other popular actors. Watch His Storyy web series to witness journey of a couple trying to rediscover their relationship in the face of a crushing revelation.

• Dev DD2
Starring Asheema Vardaan, Sanjay Suri, and others, Dev DD2 is a story of a rebellious girl who goes against the social norms to live life on her terms, the badass. Watch Dev DD2 streaming exclusively on ALTBalaji.

• Bicchoo Ka Khel Web Series
Bicchoo Ka Khel is a pulp fiction crime-drama set in the bylanes of Benaras narrating the story of a mastermind who commits the crime in front of everyones’ eyes and gets away starring Divyenndu, Anshul Chauhan, and more. Watch Bicchoo Ka Khel only on ALTBalaji.

• Gandii Baat
Spice up your life. Experience some fun with the entry of Gandii Baat 6 in the digital world. All seasons of Gandii Baat web series are now streaming only on ALTBalaji App.

• Apharan
Starring Arunoday Singh, Mahie Gill, and more, Apharan is a tale of twists and turns with kidnappings, murder and a quirky love story. Watch how a series of events lead to extortion and conspiracy in Apharan web series.

You also catch some of the popular Bollywood movies and recent blockbusters exclusively on ALTBalaji.