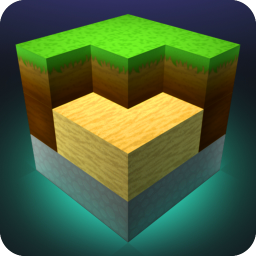 An amazing infinite blocky open world to build, craft and explore. Exploration Craft lets you be the reality crafting god!

As a miner and adventurer, you need to build constructions out of textured cubes in this 3D block world. You may also need to combat against evil monsters in the evening using the weapons mined and crafted in the daylight. Explore, mine resources, craft tools and weapons, grow plants, raise you own mounts and cast magic spells. There are no limits to your creativity and imagination in this lite and pro version of the game!