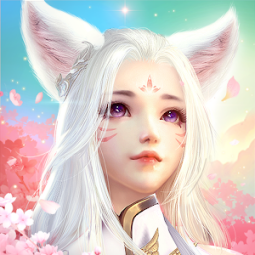 Guilds Clash in a Siege! Perfect World is bringing the action with this new update! Wage cross-server sieges to claim dominion over cities in a grand war of guilds! Or stand against the Nether Invasion and overcome legions of foes in pulse-pounding PVE action that will have you battling across an entire map! Form squads and shut the Eye of the Void, or ascend to heavenly heights and challenge Cloud Peak as a group! Epic battles and countless secrets await; there's never been a better time to be a Seeker.
With next-gen graphics and a vast open-world, stride above clouds as you soar beyond the bend of the horizon, walk boundless lands spread across a myriad of biomes, and dive deep into an ocean as blue and deep as it is mysterious, Perfect World beckons you to adventure!

[!stand!]
Enter the ""Void War"" and war over cities! Situated in the Silent Land, take part in massive sieges between multiple guilds over several servers and multiple zones of control in a battle for supremacy.

[!face!]
Before the roaring tide of darkness, all will become ash! With the Gate of Wonder flung wide open, reality itself is being torn asunder by vile forces flooding into the Silent Land from the Netherworld. If there is any hope for survival, Seekers must bolster alliance forces in the Silent Land and defeat the lords of the Netherworld before all is lost.

[!withstand!]
In the skies above the Sea of Reality, the Sky Ape has manifested unexpectedly as dark clouds swirl about a crimson eye, glaring down upon the world with hellish ire. These ill omens speak of a coming invasion. Form your squads and hold back the Eye of the Void! Send the invaders sprawling back from whence they came.

[!claim!]
Flowery, a descendant of Wind, has come to lead Seekers to Cloud Peak in search of the stolen Wind Scrolls. Ascend now, and you just might uncover the source of the Netherworld's corruptive powers...

[!reforging!]
Inheriting the legacy of a 14-year classic, Perfect World Mobile bears with it the best features of its predecessor, restoring the unique setting and class choices to bring you the most authentic PW experience. The Humans, the Winged Elves, and the Untamed have made their return to the Perfect Continent!

[!fulfilling!]
With exquisite graphics and a nigh-infinite trajectory of development for both your character and your gear, claim dominion over Yin and Yang and seize control over the five elements to ascend to the apex of immortality. Here all Perfect World, your wildest Xianxia fantasies await.

[!next-gen!]
Cinematic graphics that incorporate realistic lighting and shadow effects guaranteed to immerse you in the full quality of shifting seasons and dynamic weather that breaths life into a world unlike any other: a massive panoramic world where the three major cities are at their best and most gorgeous!

[!take!]
The Perfect Continent spans over 60,000 square kilometers, all seamlessly connected together by a panoramic three-dimensional map that integrates the unique omni-directional flight system that elevated the original Perfect World to stardom. Claim the perfect skies with your personal aerogear!

[!thrilling!]
Well balanced and optimized for cooperation between multiple classes, with each having its own distinct characteristics and strengths. Take to the skies, the land, and the oceans as you wish. Wage wars in massive multiplayer dungeons and claim your glory in epic guild conflicts.