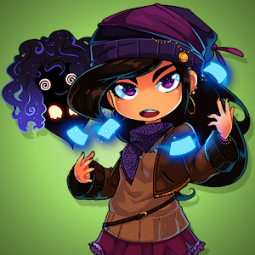 "From the Creators of the fun monsters game "Mobbles, the mobile monsters!" a new kind in the card games world arrive, collects monsters, upgrades your TCG deck and a have fast-paced card battle with other players using real PVP multiplayer.

Mobbles Cards have fast-paced TCG, where the speed and strategy on the card battle will decide the duels in the card battle, where you'll have many monsters to pick and customize your deck, use strategy to win the duels, and become the new card games champion.

Other card games focus on complicated, slow, and endless card battle matches, but Mobbles Cards focus on the fun of playing with friends on competitive PVP online and collecting monster cards to upgrade your deck, the collectible card games meet a new way to be played.

Mobbles Cards is a TCG that has card battle duels that can be played in less than a minute, pick your monster cards for your deck, enter the PVP duels and dominate the board! did you lose in the card games? Well just pick new monsters for your deck and try again!

With Mobbles Cards you'll have fun with your friends as you use strategy in our fast-paced PVP card games and TCG battles, collect cards and upgrade your legendary deck!

You'll be able to climb the tower of TCG challenges or enter the card battle PVP duels, whatever path you choose, you'll be able to jump into action, the card games genre has just stepped up a notch.