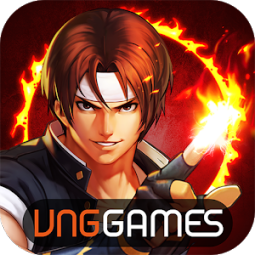 KOF All Stars VNG (The King of Fighters AllStar – Final Battle VNG), jump into the classic game name with new gameplay and ignite your fighting passion like never before.

KOF All Stars – Final Battle VNG keep the original Characters, Voices and Skills of SNK All Stars gathered from King of Fighter, Samurai Shodown and The Last Blade.

KOF AllStar VNG, The tournament to find the true of fighting champion in the world begins now! Create a team of the fighters to stand alongside you in battle.

★★ Key Features ★★ ▶ Classic game name with Original Voices, Characters and Skills: KOF All Star VNG, You will meet the stunning memories of childhood game and get new experience with new gameplay.

▶ New Gameplay – New Experience: KOF All Star, Collect your favourite Fighters with more than 100 Fighters from King Of Fighter, Samurai Shodown & The Last Blade. Intense PK combine with your own strategy.

▶ Extreme Combo with new gameplay: Remember combo skill of KOF All Stars (The King Of Fighters All Stars) in your childhood? Now it’s more than sample but need your strategy, each combo skill will bring to your characters, your squad different effects. Depend on each case you should have right choice and turning defeat into victory.

▶ Global Battle: Join The Global Battle to become the true world’s fighter. Various battle modes: 6 vs 6, 1 vs 1,… Your fighters are your weapon, upgrade them to join epic battles.

▶ Your strategy decides everything: Free to create your strongest fighters squad. Your team your choice, compete in Arena as you use your skills to become the greatest of all time!

Ready? Go to collect your favourite fighters now and K.O other fighters in global battle to become the true King of Fighters now!.

-WRITE_EXTERNAL_STORAGE: Allows an application to write to external storage.

-READ_EXTERNAL_STORAGE: Allows an application to read from external storage.