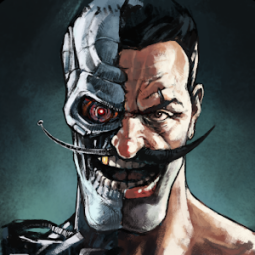 The most famous and awarded Russian adventure game of all time now available worldwide!
Three generations of Russian gamers was raised on adventures of Pete and Vasily Ivanovich.
Now you can play it on your smartphone!
About the game:
Some characters are real, all stories are surreal…

Russia. 1917AD.
Wounded Red Army commander Chapaev tries to cross the Ural river, but he catches enemy'a bullet. Looks like this is the end… But all of a suddena tractor beam from the space delivers Vasiliy Ivanovich to the space ship. After the chain of inhuman experiments, about which Chapaev would better forget, aliens transform his body into a killer-machine — terminator. This is where the story begins...