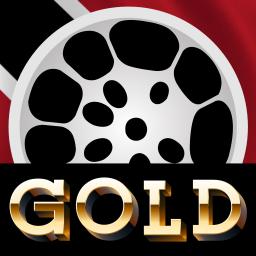 This app possesses some features of the E-Pan; the World's 1st Electronic Synthesized Steelpan. It is as the name implies; the BEST steelpan app on the market. Not only can you play different styles of steelpan (Tenor, Double Seconds, Double Guitar and Six Bass), but it is a teaching tool. This app has an In App available for users to acquire a feature called "Steelpan Professor" through the use of MIDI files allowing them to learn any song available on the web. It also has a feature that works with iOS Core MIDI System. For example, when you connect your tablet or smart phone to a keyboard or electronic steelpan, you can play your instrument and the exact notes will be mirrored on your tablet or smart phone with the sound coming from your tablet or smart phone.

The #1 Steelpan App GOLD enables users to play the steelpan in the conventional way without having to relearn another method to master a new instrument.

• This #1 Steelpan App GOLD has an In-App feature called "Steelpan Professor: which is a teaching tool for people to learn to play the steelpan.
• Once you have acquired the "Steelpan Professor" the history making arrangements from Duvone Stewart comes FREE; "The year for love" (played by BP Renegades) and "Limbo" (played by Pan Elders). Both these arrangements placed 1st in Panorama in 2018. This has never been achieved before.
• It allows you to use any MIDI file available on the web to learn to play any song available.
• It allows you to change octaves.
• It has note display feature.
• It delivers consistent sound and tonal quality.
• The #1 Steelpan App GOLD provides access to the sounds of just about every musical instrument which is built-in to the app.
• Users can also choose any particular instrument range as the #1 Steelpan App GOLD will be able to play the complete range from the highest tenor (soprano) to the lowest (bass).
• With the use of a lightening connector you can connect your tablet or smart phone to a MIDI controller, keyboard or electronic steelpan (such as the E-Pan). Playing the controller will control this app lighting up the corresponding note.
• This #1 Steelpan App GOLD produces one "pan sound".
• #1 Steelpan App GOLD will facilitate play-along to accompany your favourite songs (karaoke-style) by using the Steelpan Professor.
• It will help you learn how to read music.
• It will help you to teach in the classroom digitally.
• It will help you to create tutorials digitally when hooked up to a controller.