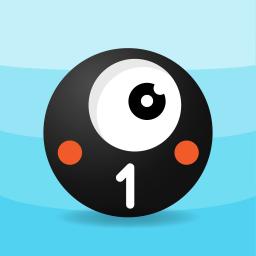 SUM! is a fun math game that teaches the concept of addition and subtraction through play. In the app, the nature of the numbers is represented as the personality of the characters. Just as each child has a unique individuality, each number has a unique face and personality! It’s an app for not just kids, but for everyone, to enjoy adding and subtracting to build familiarity with numbers. Spot lots of fun secret tricks by touching lovable numbers!